President Marcos and His Best Friend Bong Daza were Cousins

Very noticeable during President Ferdinand "Bongbong" Romualdez Marcos, Jr.'s inaugural on June 30, was a vacant seat in the audience, reserved seat number 17 which was for his best friend, Gabriel "Bong" Daza III who passed away last July 14, 2016. 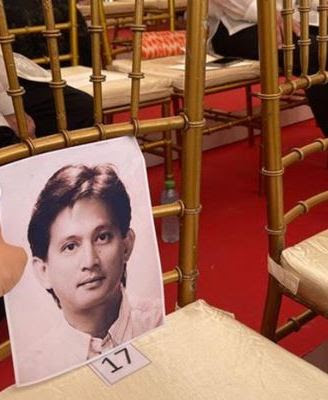 Restaurateur-entrepreneur, socialite Gabriel "Bong" Daza III died six years ago following a heart attack. When he married former Miss Universe Gloria Diaz, he became well-known to the general public. In today's age, he is most likely recognized as the father of Isabelle Daza, a fashion and showbiz celebrity and one of today's "it" girls. Bong Daza, on the other hand, was a restaurateur over the years, hailing from a family that pioneered the French cuisine restaurant in Manila. His mother, Nora Daza, was a culinary superstar known for her best-selling recipe book as well as her famed restaurant Au Bon Vivant in Manila, as well as another in Paris in the 1980s. Sandy, his younger brother, is a culinary columnist for the Inquirer and the owner of Wooden Spoon. Nina, Nina's younger sister, is a culinary specialist and food magazine editor.

Bong Daza and President Marcos were childhood friend who remained close throughout the years. With the parties and social events they organized, together with other friends like Tonyboy Floirendo, Louie Ysmael, and Louie Cruz, they contributed to defining Manila's social scene in the late '70s and '80s. It must be remembered that President BBM also stood as his friend's proxy during the wedding of his Isabelle Daza and was the one who walked her down the aisle.

Posted by Filipino Genealogist at 8:42 PM