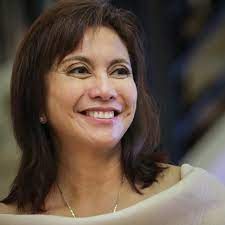 The genealogy of Vice-President Maria Leonor Gerona Robredo has admittedly not been traced as much as that of, say, President Rodrigo R. Duterte. But Vice-President Leni Robredo is clearly another daughter of history, someone whose story has been set in the stars long before she was born. The Gerona history may not be as long, but there are still lessons to be learned and examples that have been set by her own ancestors.

While VP Leni Robredo has not always been associated with dynastic politics, her husband’s family has been politically active in Bicol politics, particularly the Villafuerte family, whose maternal line descends from the Robredo, as well. Through her own Gerona lineage, Vice-President Leni Robredo is also a product of the principalia: her Gerona ancestors were cabezas de barangay and gobernadorcillos during the Spanish period, while they also held the position of Presidente Municipal (equivalent to Mayor today) during the American period.

The Geronas were prominent principalia families during the Spanish era, and at least three members of the family, Don Rafael, Don Calixto, and Don Rufino Gerona, served as gobernadorcillo since as early as 1852. As a previous article would tell anyone, though the principalia were of some importance during the Spanish period, having such ancestors was not enough to inflate a family's ego or turn them into oligarchs. In fact, the concept of a principalia was actually as a link of the common people to the Spanish government. When the Americans came, the family's political prominence continued with Rufino, Salvador, Pascual, and Federico Gerona elected as presidente municipal.

Initial research into the Gerona family shows that a brother of the above mentioned Presidente Municipal Salvador Gerona, the son of Casimiro and Senona Gerona, had a brother, Julian, who took a different path in his career. He took up law and was admitted to the Philippine bar. He was one of the foremost Bulaneños of his time, and must have been active in fighting the Americans when they came to colonize the Philippines. In January of 1901 Julian Gerona was sent to the island of Guam together with such famous personalities as Artemio Ricarte and Pio del Pilar. In the official list of prisoners, Julian was listed as holding the position of “colonel”, thus indicating his importance in the fight against the Americans. Julian and the rest did not stay long in Guam, because as soon as peace was restored in the Philippines Julian was back and before long, he was appointed as the first secretary to the First Philippine Assembly of 1907. Julian must have turned a new lead and must have decided to cooperate with the Americans since such lofty position would not have been given to him had he continued fighting against the Americans.

As early as 1903, the aforementioned Don Rufino Gerona was already assisting the Americans in going around town and capturing bandits. In fact, in a report by the commanding officer of the Constabulary force in Sorsogon, Rufino Gerona features prominently as not only guiding the American troops around Sorsogon, but also providing them with local scouts to help in the apprehension of said bandits. The same Rufino Gerona was also mentioned in a meeting of all dignitaries in Sorsogon after the Americans came. The acting governor of Sorsogon, Don Leon Paras, insisted that the salaries of the local officials of Sorsogon be paid the same amount as those of the province of Albay, despite the fact that Sorsogon’s population was just half that of Albay’s. Rufino protested against this, saying that the high salaries were not congruent to their province’s size and that the province’s coffers were not sufficient. Most of all, Rufino Gerona was concerned about the idea of paying officials too high a salary despite the ravages brought about by the war. Clearly, Rufino Gerona was an early crusader against excessive government spending.

One of Secretary Julian Gerona’s sons, Fernando P. Gerona, continued his father's legal profession and became a justice of the peace. The legal profession went another generation when Fernando's two sons and a daughter also became lawyers: Ronando, Fernando, Jr., and Leonor. Another of Julian's sons, Melanio Gerona, married Leonor Nicomedes and they had a son, Antonio Gerona, who later became an RTC judge. Antonio Gerona had been practicing as a lawyer for 19 years when he was appointed judge of the Municipal Trial Court in Cities Branch II on July 9, 1980. He would also later serve as a Judge of the Regional Trial Court Branch 28 in Naga City beginning in January 30, 1987, as well as also taught Law at the University of Nueva Caceres in Naga City. Leni Gerona-Robredo, who is also a lawyer, is the daughter of Judge Antonio N. Gerona and Salvacion Sto. Tomas.

It is interesting to note that despite the current political contest between former Senator Bongbong Marcos and Vice-President Robredo, there are several historical convergences between them. For instance, while the judiciary is independent, it is very interesting that Vice-President Leni Robredo’s father was in essence also a Marcos appointee. Another connection between them is the fact that  during the 2016 elections, one of the contested provinces in the recount in the Vice-Presidential race was Camarines Sur, a bailiwick of Leni Robredo. A former alcalde of Camarines was Don Íñigo González de Azaola, who served from 1809 to 1814; one of his daughters was Luisa Azaola who married José María González y Brenes in 1861. They would later become the great-great-grandparents of Atty. Louise Araneta, who would later marry Senator Ferdinand "Bong Bong" Marcos, Jr. Without a doubt, this ancestor of Presidential hopeful Bongbong Marcos's wife would have circulated among the principalia of Camarines, and would have very well met some of Vice-President Leni's Gerona ancestors, as well.

Maybe a little too speculative, but this is the beauty of genealogy. We get to tell the stories hard-core historians tend to ignore.

Posted by Filipino Genealogist at 5:06 PM