All The Presidents' Sons, Daughters, and Relatives

The results of the may 2022 elections still baffle many political observers. While some say that the recent elections did not make any difference as far as dynastic politics is concerned, with many people from the same family running and winning, not all of these related families were successful. In fact, among the descendants and relatives of Presidential families, not all were lucky enough. Here is a run-down of the sons, daughters, and relatives of Philippine presidents who ran and won (or lost) in the recent elections: 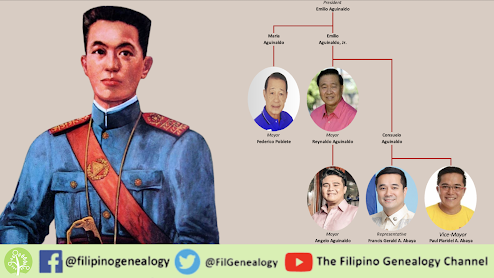 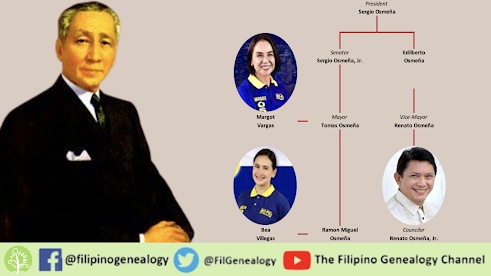 What once was a family with many members holding various national and local positions, only 3 members ran and only 1 won.

Margot Vargas Osmeña, former Cebu City Councilor and wife of former Mayor Tommy Osmeña, son of Senator Sergio Osmeña, Jr. and grandson of President Sergio Osmeña, and their daughter-in-law Bea Villegas Osmeña, both lost in their Mayoral and Council bids. Margot placed second to Mike Rama while Bea placed 12th in the race for Councilor in the South district of Cebu City.

Renato Osmeña, Jr., son of former Cebu City Vice-Mayor Renato Osmeña, who was the son of Edilberto Osmeña, in turn a son of President Sergio Osmeña, won and clinched the 5th place in the South district council. 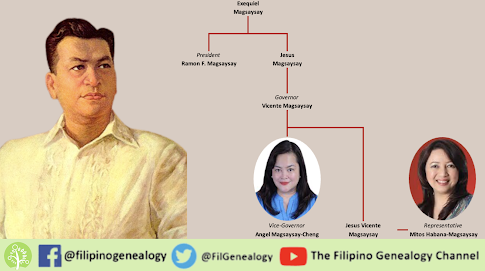 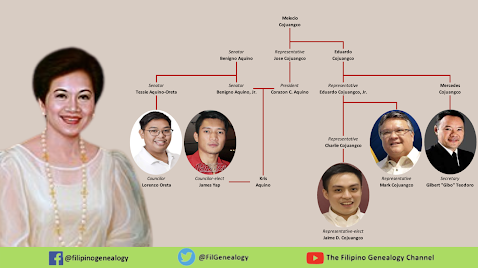 No direct descendants of President Corazon Cojuangco Aquino ran in the 2022 elections, but several of her relatives did. Her former son-in-law, James Yap, won as councilor in the 1st district of San Juan, Manila. Lorenzo “Enzo” Oreta, the son of her sister-in-law, Senator Tessie Aquino-Oreta, ran for Mayor of Malabon City to replace his brother, incumbent Mayor Antolin Aquino Oreta III, but lost to Jeannie Sandoval by just 1,279 votes. 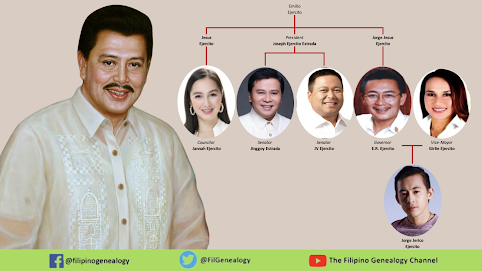 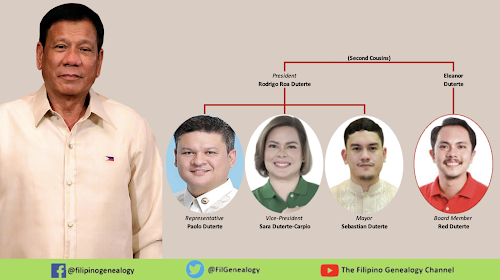 President Rodrigo Roa Duterte’s three adult children won in their respective posts: daughter Sara is the incoming 15th Vice-President of the Philippines, while sons Paolo and Sebastian were elected as the first district representative and Mayor of Davao City, respectively.

Red Duterte, a great-grandson of Severo Duterte whose brother Facundo was the grandfather of President Rodrigo Duterte, won a seat in the 5th district provincial board. 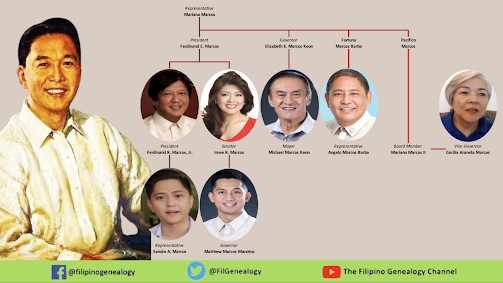 Of course, the Presidential family who did the best in the recent polls is the Marcos family. Former President Ferdinand Edralin Marcos’s own son, Ferdinand “Bongbong" Romualdez Marcos, Jr. clinched the top elective post and is the incoming 17th President of the Philippines. His daughter, Imee Marcos, is an incumbent Senator.

Michael Marcos Keon, a first cousin of both President BBM and Senator Imee, won as mayor of Laoag City, Ilocos Norte. Another first cousin, Eugenio Angelo Marcos Barba, won as congressman by a landslide with 127,867 votes in the 2nd District of Ilocos Norte.

Cecilia Araneta Marcos, President Marcos Jr.’s cousin-in-law on both the Marcos and his wife’s Araneta side, secured another term as vice governor of Ilocos Norte.

P.S. The relatives of President-elect Ferdinand Marcos, Jr. on his maternal side also did well but are not included here.

While political analysts are correct in saying that dynastic politics in the Philippines is stronger than ever after the May 2022 polls, it is also true that bearing the surname of a President is not always a sure win. As seen in the tallies above, among the various relatives of Philippine Presidents who ran in the recent elections, of the 33 candidates, only 20 won while the remaining 13 lost, some by a very large margin

Posted by Filipino Genealogist at 8:00 AM