Three Americans in the British Royal Family…and the Number 5 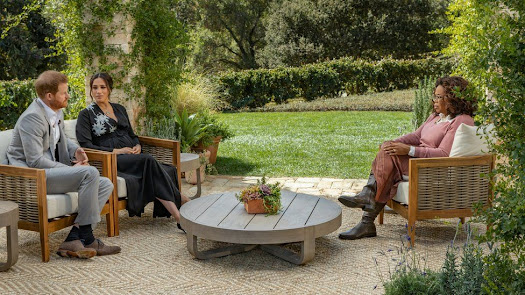 The now talked about interview with Oprah

It has been a few days since that explosive interview by Oprah with the Duke and the Duchess of Sussex. That clips of the interview went viral is an understatement. Meghan Markle's answers, especially those that paint the Royal family in very negative tones, have been analyzed and discussed ad nauseum by royal watchers and ordinary people alike. Just one interview, and people are transported to the days when Diana, Princess of Wales, also gave exclusive one on ones with selected journalists and had her own explosive confessions about the Royal Family. Or perhaps we are brought back even further, to the 1936 abdication crisis, when one King's love for a twice-divorced American woman almost brought the British throne down.

If Meghan Markle thinks her life has been torn asunder because of the Royal Family, no one is to be blamed but her. For centuries, women have dreamed of becoming princesses. Young girls went to sleep hearing fairy tales about knights in shining armor rescuing damsels in distress. Of a prince finally meeting his princess and living happily ever after. I do not know Meghan Markle. Nor am I familiar with her background. But she, unlike the late mother of her husband, was old enough when she walked down the aisle and married her prince, albeit a bit far removed from the throne already, but a prince nevertheless. She was not ignorant of the burden and the sacrifices that were required in becoming a member of the royal family. Even ordinary people know this. One cannot become a part of such an old and august institution without having to give up a few liberties. She was not forced to wed Harry. She had every opportunity to prepare herself for a life in a gilded cage. Or she could have said no. And yet she blames the "firm", the institution, for making her life miserable.

While I believe that Meghan's miseries are her own doing, I also think there are far more powerful forces at play here. Digging deeper into the history of Meghan, Diana, and Wallis Simpson, one can finally see a pattern lurking in the corner and perhaps contributing to the current drama the royal family is experiencing. First off, all three women share an American ancestry. In recent years, it would thus appear that senior royals in the British Royal family who marry Americans somehow end up in a lot of trouble. Let us run them down. 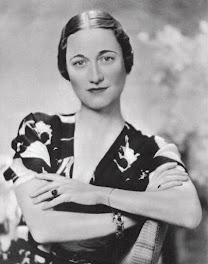 King Edward VIII fell deeply in love with Wallis Warfield Simpson, a twice-divorced American socialite. When he met her in 1931, Simpson was already divorced once, and she quickly became the mistress of the then Prince of Wales. And while Wallis later divorced from her second husband, the British government, the Commonwealth, and the public in general, were all opposed to the match.

The people were not keen on having a woman as Queen who has had 2 ex-husbands who were still both alive at that time. So, believing that he could not be King without the woman he loved beside him, he abdicated in 1936. 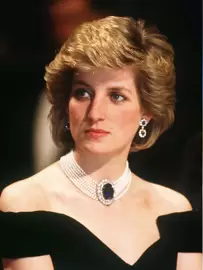 Almost everyone knew that Diana was not Charles's choice for a wife. However, bowing to pressure to settle down with a proper wife, he married her in 1981. To most, Diana was every bit a British aristocrat, but, in fact, she was at least 1/8 American. Her maternal great-grandmother was Frances Ellen Work, an American heiress and socialite from New York. Just like Edward and Wallis, things started to unravel 5 years after the marriage of Charles and Diana. As biographers of Diana say, “five years into the marriage, the couple's incompatibility and the 12-year age gap became visible and damaging; Charles continued his affair with Camilla Parker-Bowles, while Diana started her own extra-marital affairs”. 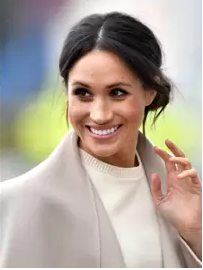 Harry started his relationship with actress and once-divorced Meghan Markle in 2016. The couple started to “step back” from their royal duties in 2020 and, in 2021, through an interview with Oprah Winfrey, aired their issues and grievances against the royal family.

As a historian, and specifically as a genealogist, I often try to look at patterns in ancestry to explain political or social phenomenon. One of the first, and pretty obvious similarity among the three women who married into the British Royal family is their American heritage. Both Wallis and Meghan are obviously Americans by nationality. And while Diana was British, she did have at the very least 1/8 American blood by virtue of her great-grandmother. Historically, the British colonized America, and in 1776, the Americans booted their colonizers out and declared themselves independent. And while they have become good friends and allies throughout the centuries, it does appear that whenever an American, even someone who is just part American, marries into the Royal family, the relationship is bound to disintegrate, or at least something explosive comes out of it. 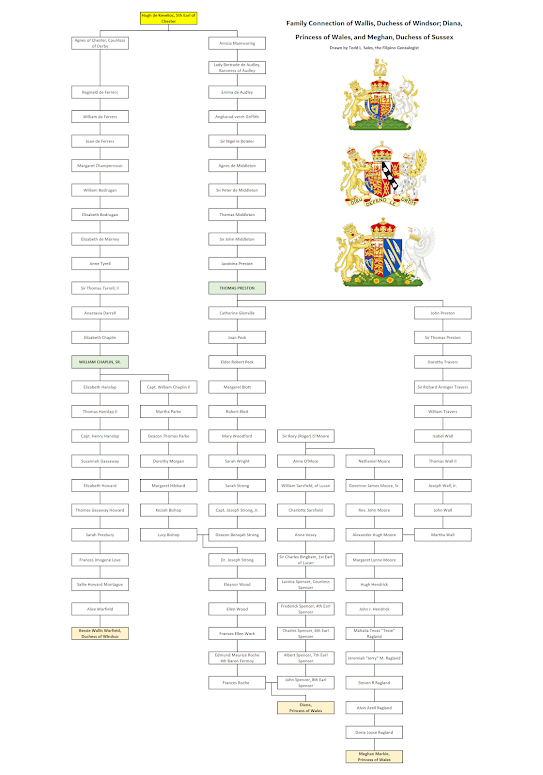 And among Wallis, Diana, and Meghan, the connection is not just the American connection. All three are blood relatives and are cousins of each other. The three are direct descendants of Hugh de Kevelioc, the 5th Earl of Chester. He is known in history as having joined in the revolt against King Henry II of England. After his surrender, his land and properties were later returned to him. But think about it. All three women, women who in one way or the other did irreparable damage to the British Royal family, descend from a man who fought against a king of England. This heritage, coupled with their “American” roots, thus seem to be possible reasons for the dissonance in their relationships.

Whatever the reason, I stand firm in the belief that all three women went into these relationships knowing the consequences. Wallis caused a king's abdication. Diana caused the Royal family damage to its reputation and image that took a long time to heal. And, just as the Royal Family's image had started to be repaired, Meghan's arrival and unceremonial exit, plus her tell all interview with Oprah, has once again brought unwelcome drama to the royal family. It would really seem that Americans, while good allies to the British, are not meant to be involved romantically with them.

One last, almost trivial but nevertheless interesting pattern in these 3 dalliances: all three relationships exploded within or just right after 5 years from start of the relationship. Consider these:

*Diana and Charles married in 1981. The marriage started going downhill in 1986, and,

*Meghan and Harry first started dating in 2016. They gave their explosive interview with Oprah in 2021.

All 5 years after the start of their respective relationships. I don't know what it has to do with the number 5. I am not a numerologist. But it is interesting to note that if you add July 4, 1776 and reduce it to a one digit number, you get the number 5.

Posted by Filipino Genealogist at 9:33 PM