Love and Family Names in the Philippines 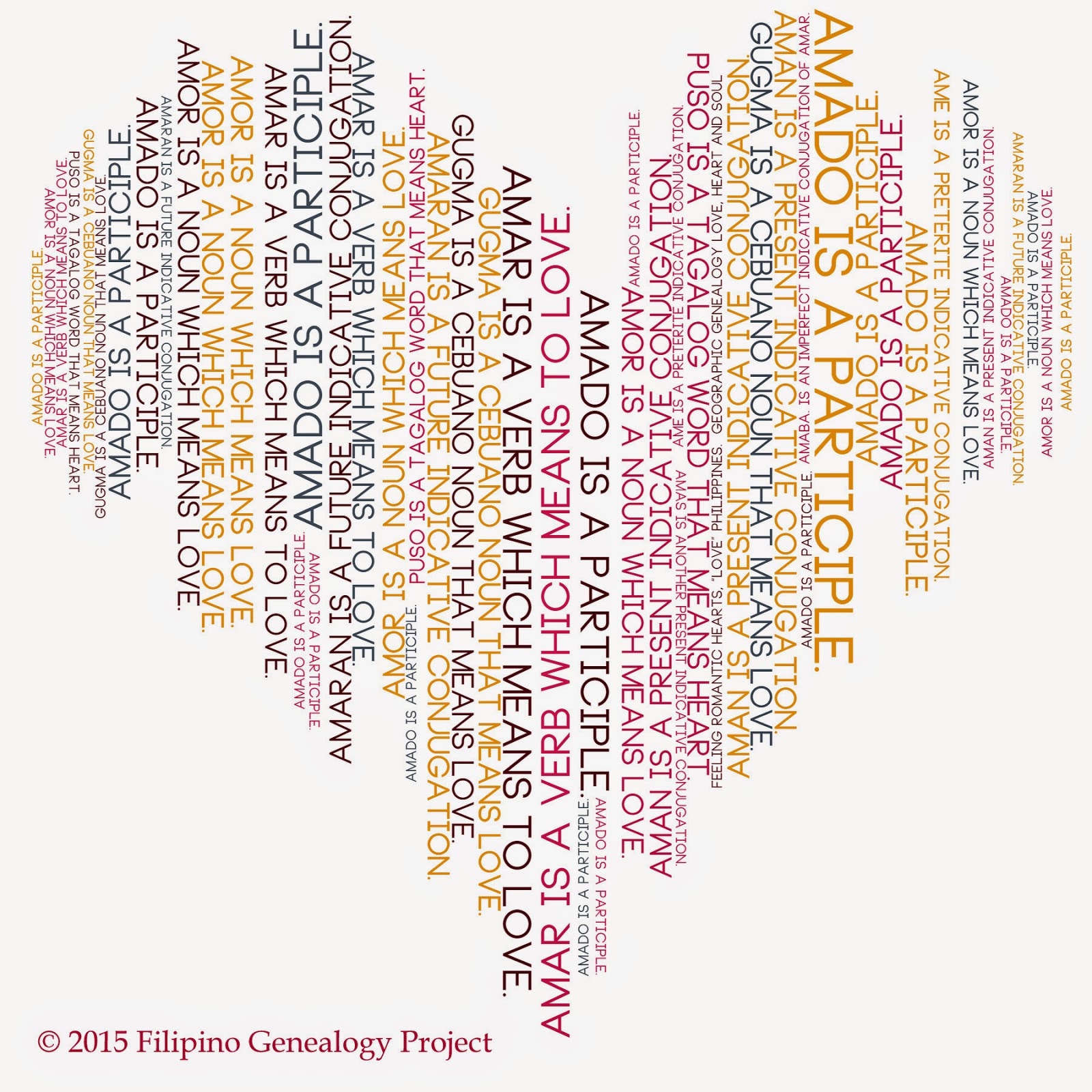 While not really feeling particularly romantic on this day of hearts, I thought it would be a little fun to find out where “love” resides in the Philippines.  Of course, this is a geographic genealogy approach to love, not an emotional or spiritual one. So if you are expecting to read about the heart and soul, I’m afraid you are reading the wrong story on this day.

I recently wrote a brief tribute to the Fallen44 Police Officers using the concept of geographic genealogy. In that article I mapped out where the 44 were from and counted how many people in the Philippines carried the same family name as these heroes. Today would be something similar, albeit a little lighter in topic.

In the Philippines today there are exactly 10 family names that relate to love. These surnames are spread across 26 provinces among 54 towns and cities in the Philippines.

As can be seen below 8 of the 10 are Spanish while 1 is Cebuano and the last 1 is Tagalog. Seven of the Spanish words are conjugations of the word Amar, which means “to love”.
Though there were other family names that were conjugations of Amar, like Amen, it would be difficult to prove if the surname was chosen (assuming this was adopted during the 1849 Claveria decree) to mean to love or if it has a more religious intent. So I stuck with the 10. Here are some interesting trivia about these 10 names: 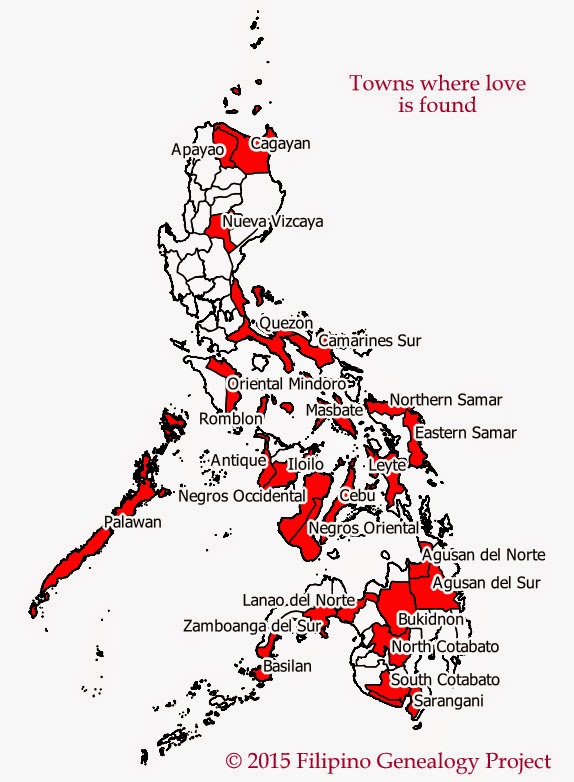 Other interesting trivia are:

Amar and Amor, the surnames that appear the most in the Philippines, also have the highest number of people carrying them as surnames; 3614 for Amar and 1838 for Amor.

Amaran and Ame appear only once as part of the top 50; Lakewood, Zamboanga del Sur for Amaran and Mina, Iloilo for Ame. Only 62 people carry both surnames.

Gugma, which is Cebuano for “love”, appears as one of the top 50 surnames in non-Cebuano towns of Culion and Linapacan, both in Palawan.

These are the little and interesting gems of information I can find so far in the list of top 50 surnames in each municipality in the country. Perhaps more insights can be gained if a more comprehensive study can be made in the future.