BIRONDO is a family name close to my heart as it is one of the families I descend from. My great-grandmother, Anacleta Birondo de Lucero, was the natural daughter of Manuela Birondo and supposedly a very wealthy China man by the last name of Tan. This Mr. Tan went on to have 4 or 5 more children with my lola Manuela but for some reason they were never allowed to marry.

Although Birondo is actually an original Argawanon last name it does not appear to be in Catalogo Alfabetico de Apellidos. I am not certain but it is quite possible that my ancestor most probably misread "Binondo" from the list. Looking at all the last names beginning in Bi-, Be-, Vi-, Ve-, Birondo is nowhere to be found. And since the patriarch of all Birondos in 1849/50, Juan Bernardo Birondo, was pushing his sixtieth year and was already probably unable to see clearly, he must have made a mistake in reading and choosing his last name. Between 1850 until the early 1900s the surname was spelled Birondo, Berondo, Virondo, and Verondo. Birondo later became the standard spelling by the American period though there are some who use Berondo today.

According to my gradfather as told by his mother, historically the earliest Birondos were more engaged in fishing and trading and thus were located near the shoreline. My research has shown that the addresses of almost 80% of the Spanish period to early American period Birondos were in what were designated by the Spaniards as Barangay Numero 1 and Barangay Numero 10, what are now roughly the sitios of Latid and Looc, both of which are part of Barangay Poblacion today. Needless to say, both Latid and Looc are situated near the shores of Argao.

For more information on the Birondo family of Argao, please contact the genealogist.

All people who have Birondo ancestry from Argao can be traced to one couple. This couple, AGUSTIN MALUNES and his wife MARIA VALENTINA, lived sometime in the mid-1700s until about the first quarter of 1800s. As far as records show they had two children, JUAN BASILIO and ANDRES BASILIO.

(1) Andres Basilio (Birondo) and his wife Maria Basilisa had only one child, Maria Clemencia Birondo.


(2) Juan Basilio Birondo, the older of the two second generation Birondos, married Marcelina Teodora de los Santos and similar to the earliest generations of the family they only had two children, Juan Bernardo Birondo and Leon Bonifacio Birondo.

B.    Leon Bonifacio Birondo, born sometime in the early 1800s and died on September 9, 1878. He married Maria Ysidra Sanchez in 1843 and they had four children: 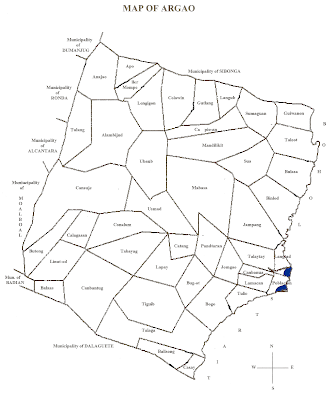 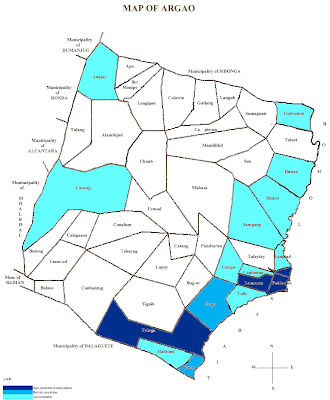 Posted by Filipino Genealogist at 1:21 PM